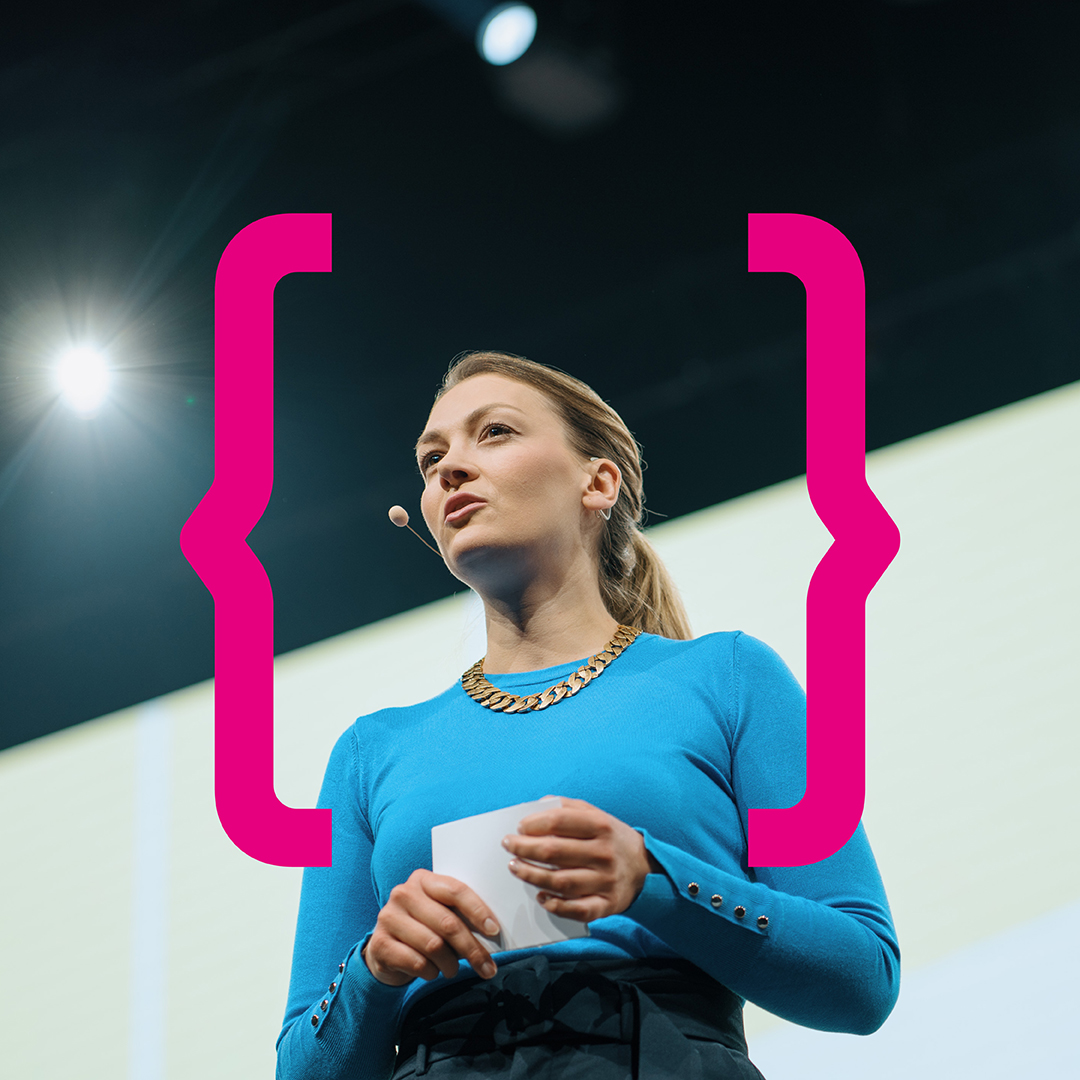 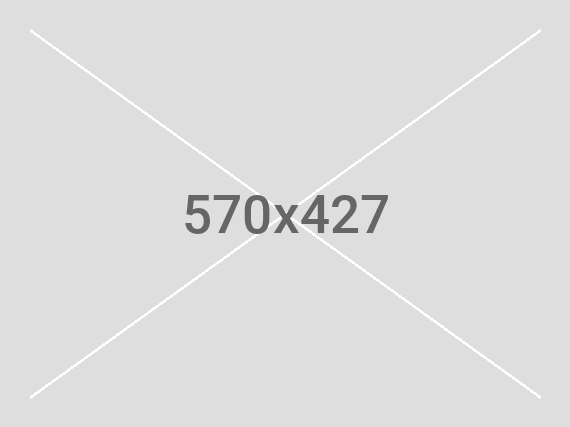 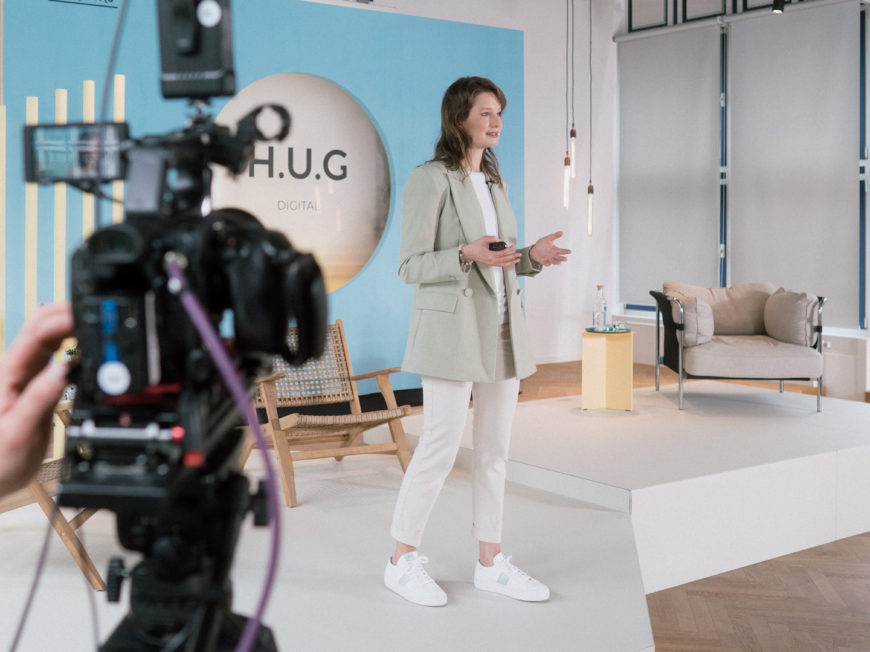 You couldn’t make it to HUG Digital 2022 or you would like to re-watch one of your favorite sessions? No problem! Just register here and you will get access to all videos on-demand. We hope our sessions inspire your HR work!

We welcomed more than 10,000 participants from over 40 countries on May 24th and 25th. It was two days of in-depth knowledge, leading insights, and actionable strategies for the future of work.

You can find all HUG Digital Expert Talks, Keynotes, Interviews, and Panel Discussions as on-demand content in our HUG Library 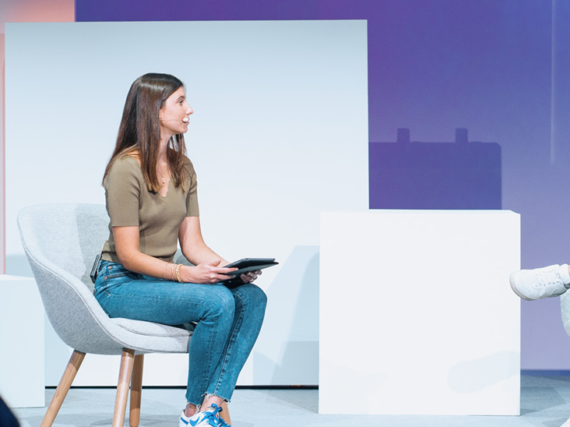 We're delighted to welcome 80+ speakers to HUG Digital 2022! These are our first confirmed HR rockstars: 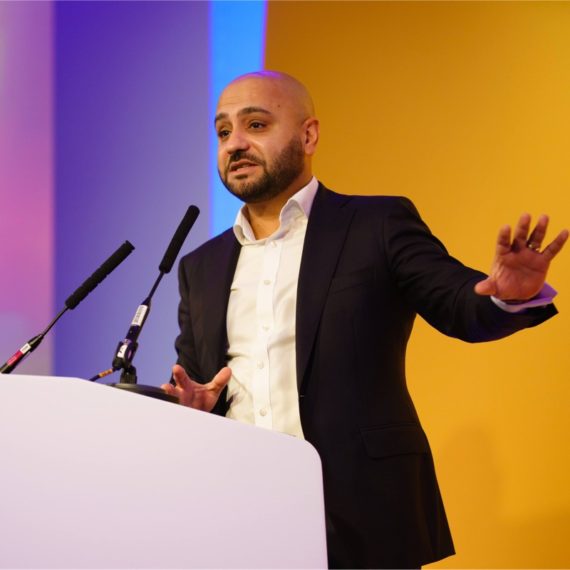 Chief Diversity, Equity and Inclusion Officer Warner Bros. Discovery
"I'm excited to be a speaker at HUG because it's a great opportunity to learn and understand the future of HR and the transformation needed in the space!"

Asif is the Senior Vice President at WarnerMedia for Equity and Inclusion, International, he was previously the Global Head of Diversity, Inclusion and Social Impact at adidas and has a long and rich career in the diversity and inclusion space with senior executive roles at The Telegraph Media Group, EY Financial Services and the City of London Police. He is a board member for the American Institute of Certified Public Accountants (AICPA) and a member of the board of advisors for Hedley May. Over his 20-year career he has worked in Europe, North America, Middle East, Africa and Asia.

Asif has been credited with impactful global Diversity, Equity and Inclusion activities and programs across organizations, that have created a strong sense of belonging for all and resulted in truly diverse workplaces. He has been key in building synergies between internal and external D&I efforts within organizations, ensuring diversity and inclusion is embedded in all elements of a business, resulting in innovative, creative and inclusive products and services. 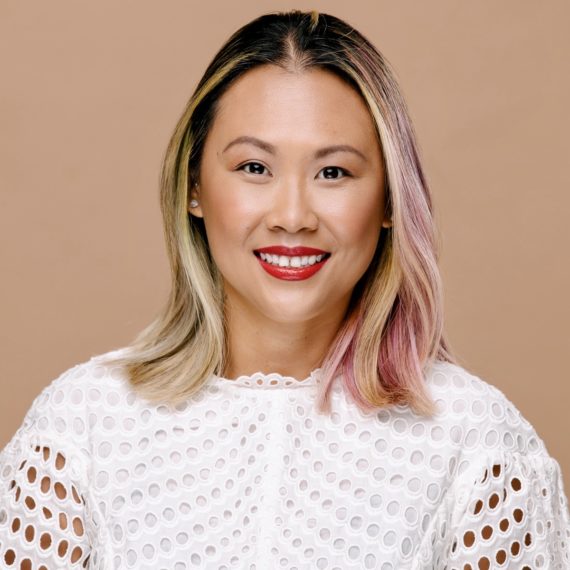 Sophie is an award-winning Diversity & HR leader in fintech and as the Chief People Officer in Boom, her aim is to shift cultural paradigms within organisations and to champion diversity and equality using structured, disruptive thinking. She is a recognized mentor, career coach for young women in tech and a credited mental health coach. 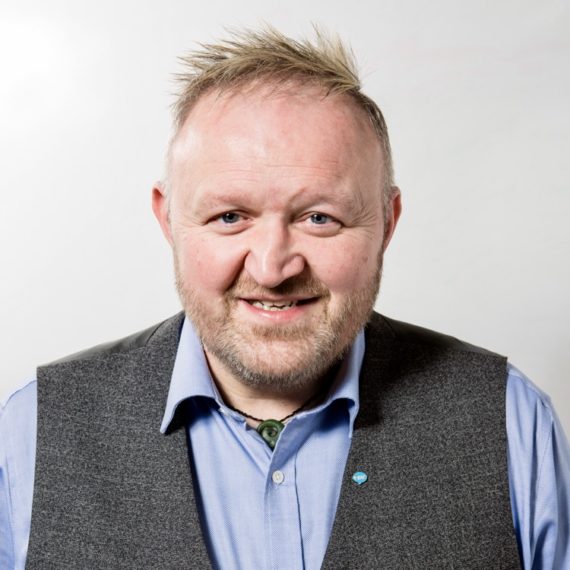 Perry Timms MCIPD & FRSA is Founder & Chief Energy Officer of PTHR. He has been 4x voted onto the HR Most Influential Thinker’s List (3x Top 10, and No 2 overall in 2021). He has authored 2 books, Transformational HR (1st & 2nd Editions) & The Energized Workplace. He is a 2x TEDx Speaker, 4x Adjunct Professor/Visiting Fellow and a LinkedIn Learning Instructor. 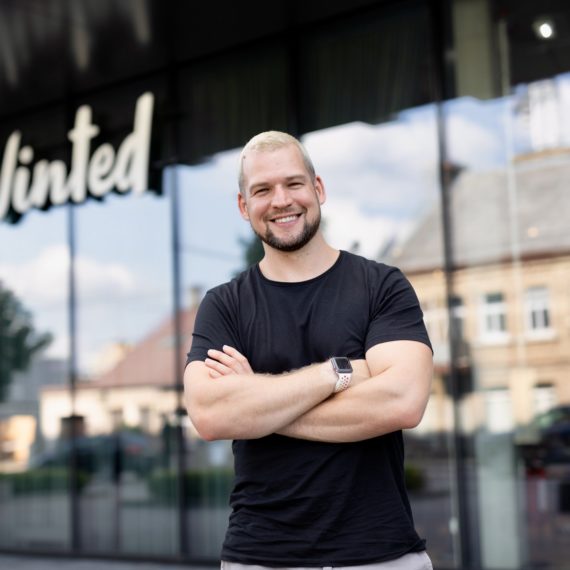 VP People Vinted
"I really enjoyed last HUG and I feel I have something more unique to speak about this time around."

Daniel is VP People at Vinted, the largest second hand platform in Europe. Before Vinted, Daniel was Co-Founder and Chief People Officer at Drover, a car subscription startup in London which exited to Cazoo last year. In a previous life, Daniel worked as a corporate lawyer and later as an early employee at the ridesharing company Lyft. 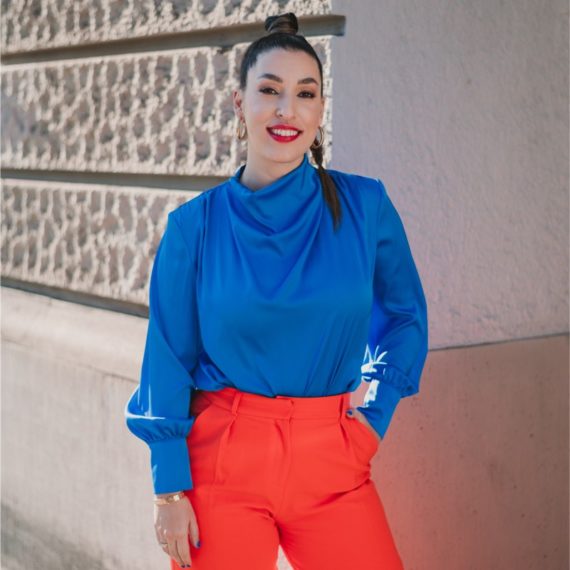 Tijen Onaran is an entrepreneur, investor, bestselling author and one of Germany’s most important opinion leaders when it comes to diversity, visibility and digitalisation, as well as one of the most prominent voices in German business. Her motto: “Diversity is not a trend. Diversity is the basis of a company’s success!”

With the Digital Female Leader Award, Tijen also created the most important award for young female digital talents and leaders. To increase the share of female founders, she actively supports women with venture capital as an investor. She is involved in the baby food company Pumpkin Organics, the intimate wellness startup Nevernot, the language software Witty Works and the training startup Quofox.

In addition, she regularly publishes guest articles and articles in leading media such as Handelsblatt and Manager Magazin on topics related to entrepreneurship, visibility and diversity. She also frequently speaks on these topics in talk shows and other TV formats. She is also the host of her podcast “Aufsteiger*innen – Der Podcast über den Mut, Erste*r zu sein” and was the host of “How to Hack”, the Business Punk podcast, for more than 160 episodes, in which she spoke with founders, CEOs and celebrities about their careers.

Tijen Onaran is considered a “digital pioneer” and an “exceptional figure in the German digital scene”. The professional networking platform LinkedIn therefore chose her as one of the few LinkedIn Influencers worldwide and as TOP VOICE 2022 for the DACH region. Manager Magazin counts her among the top 100 most influential women in German business, the business magazine Capital among the top 40 under 40 talents in business, and Handelsblatt among the top 100 women who move Germany. Last but not least, on the occasion of International Women’s Day 2022, she was honoured by Mattel as one of 12 role models worldwide with her own Barbie “to inspire the next generation of female leaders“. 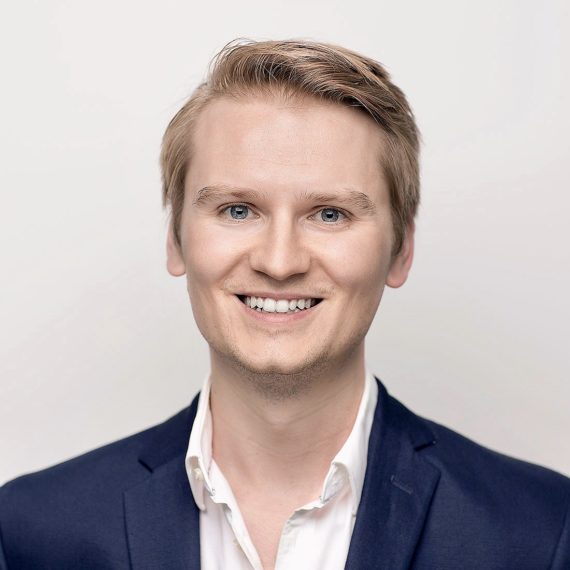 As Director of Entrepreneurship at Falling Walls Foundation, Andreas Dittes builds bridges between science and business. He previously founded technology companies himself and, as an entrepreneur, stands for a new, digitalised world in which innovation and speed are the keys to success. The magazine “brand eins” calls Andreas a “digital fisher of people” and names him Innovator of the Year in 2019 as the founder of Talentwunder GmbH, while the haufe-Personalmagazin names him the “TOP Influencer” of the HR industry.
Andreas is co-founder of the “Ethics Advisory Board HR Tech” and speaks regularly on the topics of recruiting, artificial intelligence, innovation and digitalisation.

This talk will be held in German only. 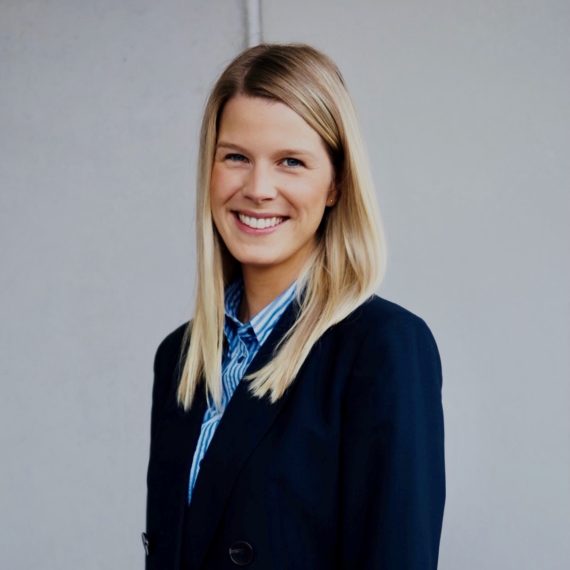 Head of HR Development REWE Dortmund SE & Co. KG DE
"I'm looking forward to sharing my (crazy) ideas with the H.U.G community and showing that we can all make a contribution to make our working world more divers, meaningful and healthy!" #letsrocktogether

Laura started her career at REWE back in 2010. Here she started her dual studies, then worked in sales and became assistant to REWE’s CEO. For almost two years now, she has been Head of HR Development at REWE Dortmund and is pursuing her passion of creating a more divers, meaningful and healthier working environment.

This talk will be held in German only. 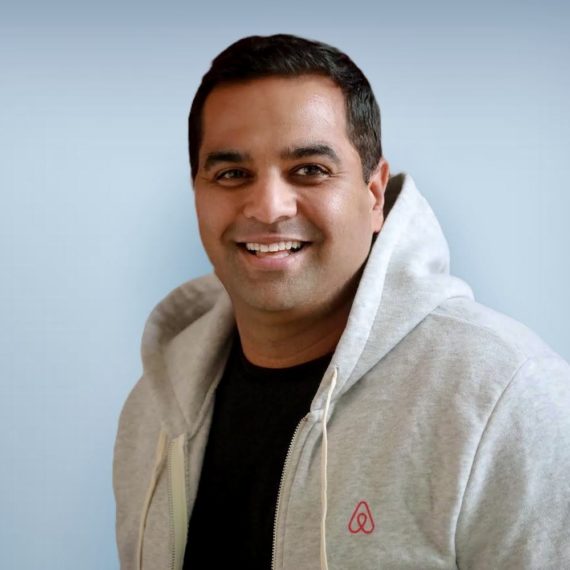 Q is a business minded people ops leader, advisor and executive coach with a deep passion for all things people. He joined Airbnb in 2018 as its first global people ops leader, and has been responsible for the strategic vision, build-out and execution of Airbnb’s people operations function from the ground up. Additionally, he has led Airbnb through numerous milestones including hypergrowth, pandemic responses, workforce restricting, IPO and the future of work.

Q has leaned on his engineering roots to become a web3 enthusiast, evaluating the impacts of decentralized models on the people function. He has worked with web3 creators and founders to help craft their optimal people strategy and programs for their teams.

Find out more about HUG here 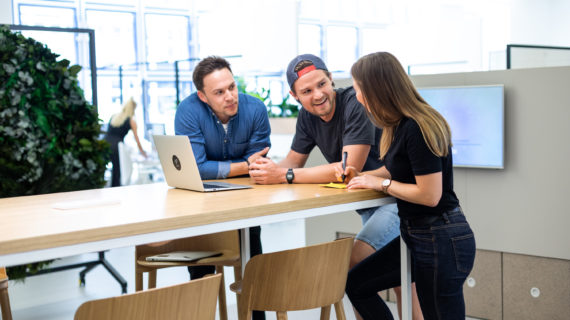 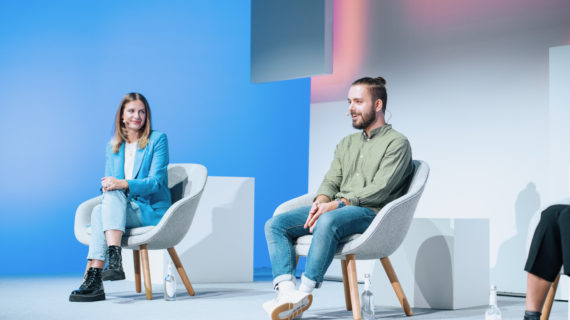